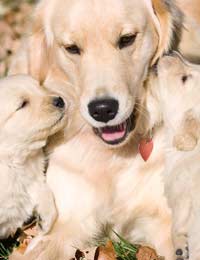 With the influence of animal genetics and use of controlled breeding procedures, animals that are bred for commercial uses means much more than raising meat for the table.

What are Commercial Uses?

As we have seen in related articles on this website, some animals are themselves food crops;they are bred for commercial uses. Some breeders of horses, dogs, cats and other domestic pets do so for commercial uses. Fertilised hens eggs may be bought for garden hens to brood, hence the need to keep a cockerel is unnecessary, but poultry breeders can still make an income without the time and expense of incubating eggs.

There are licensed breeding and supplying establishments that provide laboratory species forscientific procedures. In other words, several species of animals, from mice to primates (with the added possibility of genetically modified sheep and pigs) are bred for use in regulated commercial procedures in laboratories.

Housing and care requirements of each species must be considered, as must their natural behaviour and breeding patterns and care of young.

All these licensed breeding and supplying establishments can be inspected at any time by Home Office inspectors to make sure animal welfare regulations are followed.

Research into genetics and subsequent cloning of suitable species may advance treatment for human diseases through cell and tissue replacement. Also, if current practices are not enough in the preservation of endangered species, cloning may be a future alternative.

Dolly the cloned sheep was produced by such methods. The fertilised egg was put into material taken from mammary cells of an adult sheep (nuclear transfer) which led to the cell reprogramming its genetic information to behave as though it were a fertile egg. Since then, we have seen a mouse ‘growing’ a human ear and other such oddities. Public concern over the ethics and morality of cloning led to more investigations and review of procedures along with further ministerial recommendations.

Transfer embryo animals can be used to improve breeding herds, for commercial use too. Top pedigree cows of high genetic value could only have one calf a year themselves, on average. By using selected (lower value) donor heifers to carry embryo transfers the ‘super cows’ can produce multiple calves each year. Only semen from the best available bulls is used, either through Artificial Insemination (AI) or natural mating.

Nucleus herds for the genetic improvement of cattle rely on advanced technology programmessuch as Multiple Ovulation and Embryo Transfer (MOET.)

The idea of cloning farm animals is like a rather high-speed selection process. Farmers have been improving their crops, herds and flocks for centuries through selective breeding and propagation. Cloning can do all this without waiting for natural reproductive cycles. Ethically and socially, though, this raises more questions than answers at present.

What If It Goes Wrong?

The farming of genetically modified salmon for commercial uses, that is, investigating the possibility of breeding them so that they grow 2 or 3 times faster than would naturally occur, raisesconcerns over what would happen to the native stock if such fish escaped into the wild. Experiments with GM crops sparked public concern over the effects on not only the food crop but also flora, fauna and wildlife. Bees, for example, cross-pollinate crops. If GM plants were accidentally cross-fertilised with organic produce; what would the consequences be?

Changes are not necessarily popular. The use of animals for any type of research is an emotive subject in the UK. Genetically modified crops, cloned animals, mice growing human tissue, sheepthat could produce medicine in their milk and mare’s urine for HRT, where will it all lead?

Scientists, researchers, vets and farmers are all under continued pressure to produce more food,more quickly, in economically and ethically sound ways. People who choose careers in this line of work need to hold more than degrees and specific professional specialities; they must also hold a great deal of responsibility.

Working in an Abattoir?

Working on a Sheep Farm

Work in the Food Production Industry